Microsode 01 - The Cromcast vs ComiXology and DRM (A Short Discussion)


Hello, Cromrades! While we were preparing the Red Nails discussion last night, we sort of went off on a tangent about ComiXology, DRM, and online "virtual" media. Read a bit more about the acquisition of ComiXology by Amazon at PC Magazine and at Engadget.

Questions? Comments? Curses? Email us! (thecromcast at gmail dot com)
You know you want to follow us on Twitter!
Subscribe to our feed on FeedBurner! Or, check us out on iTunes!

Episode 21: The Hour of The Dragon (Part One)

"I wish that I might see this king," mused Xaltotun, glancing toward a silvery mirror which formed one of the panels of the wall. This mirror cast no reflection, but Xaltotun's expression showed that he understood its purpose, and Orastes nodded with the pride a good craftsman takes in the recognition of his accomplishments by a master of his craft.
"I will try to show him to you," he said. And seating himself before the mirror, he gazed hypnotically into its depths, where presently a dim shadow began to take shape.
It was uncanny, but those watching knew it was no more than the reflected image of Orastes' thought, embodied in that mirror as a wizard's thoughts are embodied in a magic crystal. It floated hazily, then leaped into startling clarity -- a tall man, mightily shouldered and deep of chest, with a massive corded neck and heavily muscled limbs. He was clad in silk and velvet, with the royal lions of Aquilonia worked in gold upon his rich jupon, and the crown of Aquilonia shone on his square-cut black mane; but the great sword at his side seemed more natural to him than the regal accouterments. His brow was low and broad, his eyes a volcanic blue that smoldered as if with some inner fire. His dark, scarred, almost sinister face was that of a fighting-man, and his velvet garments could not conceal the hard, dangerous lines of his limbs.
"That man is no Hyborian!" exclaimed Xaltotun.
"No; he is a Cimmerian, one of those wild tribesmen who dwell in the gray hills of the north."
"I fought his ancestors of old," muttered Xaltotun. "Not even the kings of Acheron could conquer them..."


This week we begin our coverage of Robert E. Howard's only novel, The Hour of the Dragon! (Read it on Project Gutenberg!) We made it halfway through the story, one episode of The Cromcast couldn't contain all of the awesome within this story! Many familiar themes lie within - resurrected sorcerers, a plot to overthrow the king, large battles, a dungeon escape, and some dungeon crawls and prison rescues with a bit of a different slant! We think that any Conan movie that follows up on the 1982 film needs to be based on this story! Let us know what you think, and join us in two weeks for the exciting conclusion of The Hour of the Dragon!


Questions? Comments? Curses? Email us! (thecromcast at gmail dot com)
You know you want to follow us on Twitter!
Subscribe to our feed on FeedBurner! Or, check us out on iTunes!

Hello Cromrades! It is I, Jon! I am here to show off some cool Howard inspired art I have found in my wanderings on the internet. If you have any art you wish to share, be you the creator or just an admirer, please email us at thecromcrast@gmail.com with the image and source and we will try to feature it here on the blog! 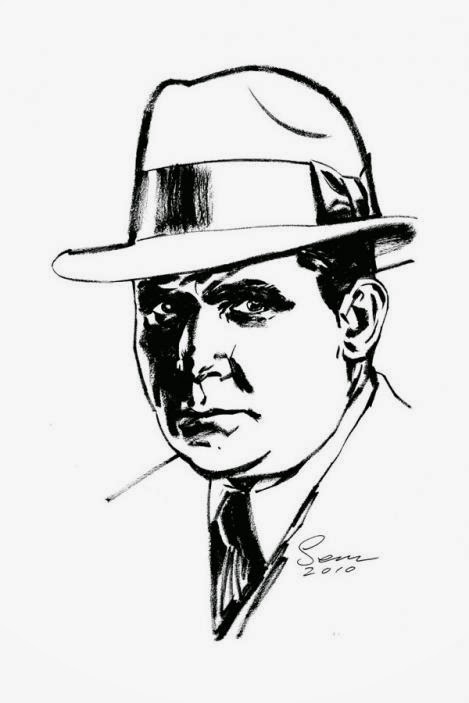 A Portrait of Robert E. Howard by Sean Phillips
From: Hey Oscar Wilde, It's Cloberring Time!
(which may be the best blog name ever)
http://www.seanphillips.co.uk/ 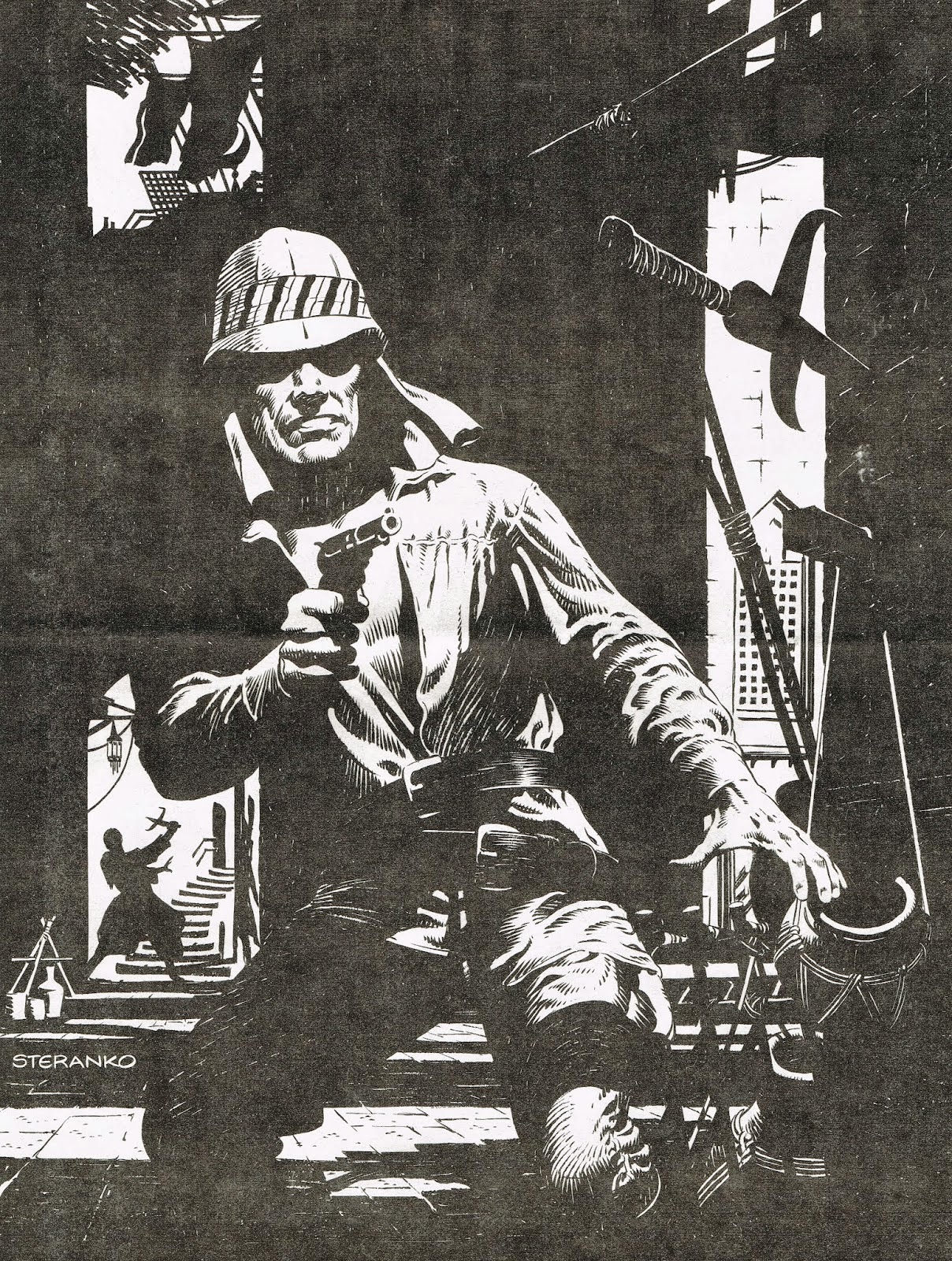 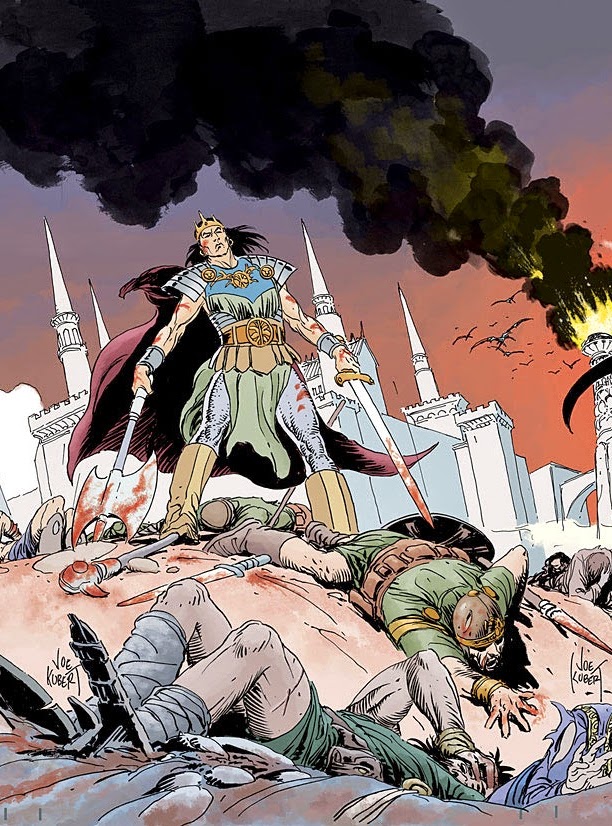 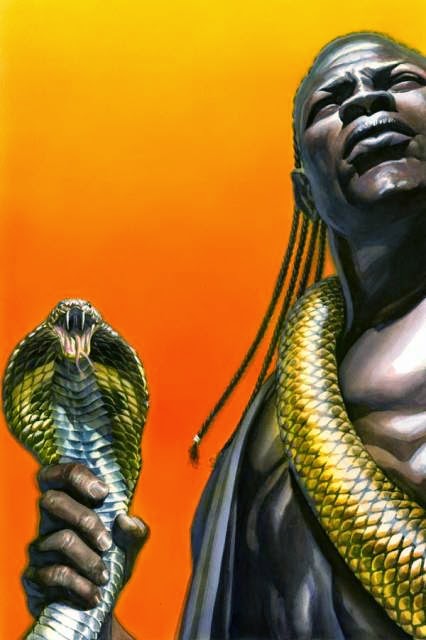 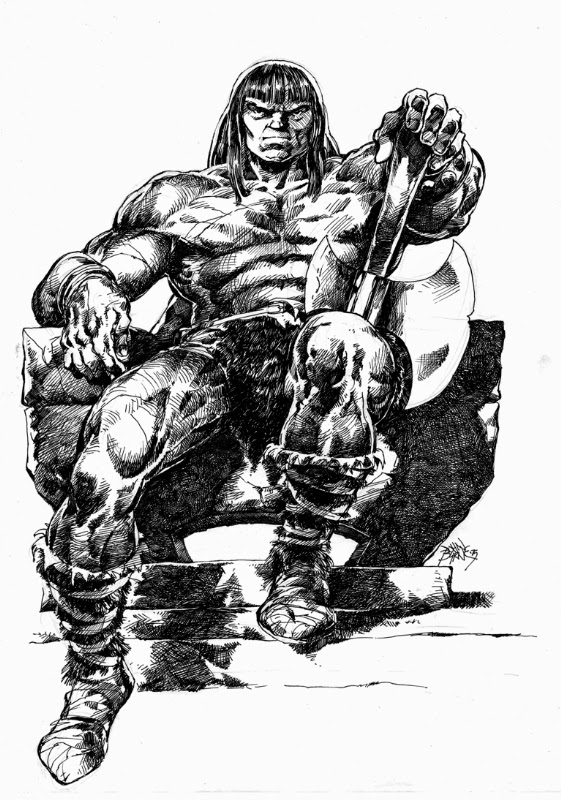 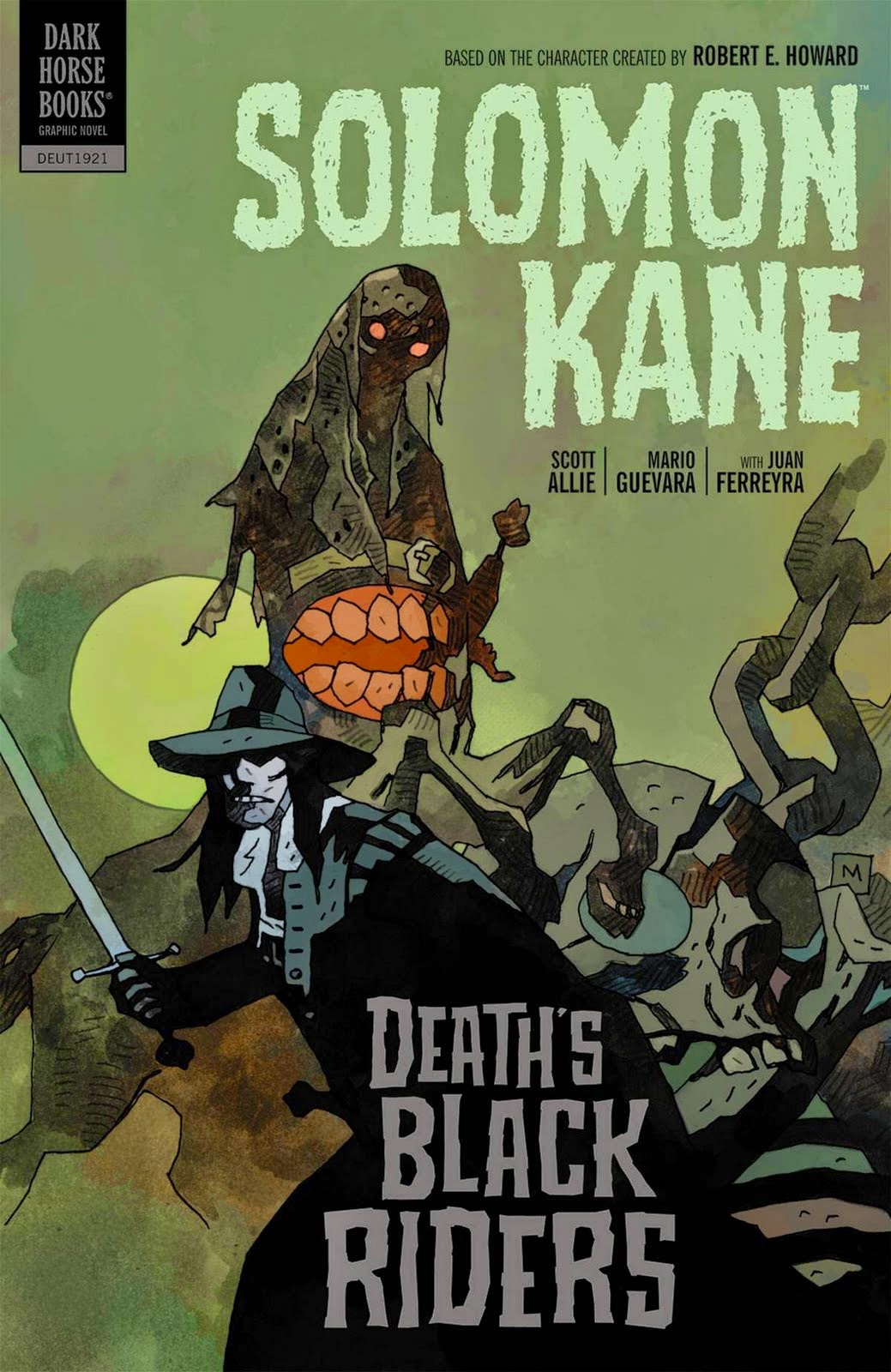 Listen to our latest episode here.
Stay tuned in the coming weeks, for we are hard at work on our first two part episode! We will be covering the only Conan novel by Howard. It's pretty long, so get to reading:

Posted by thecromcast at 9:30 AM

Episode 20: Shadows in Zamboula (or, Conan Lays the Totra-Smack Down!)

"Conan stood for a moment in the door, the glow of the bronze lamp behind him, looking down the road to where it vanished among the dense palms. Their leaves rustled together in the faint breeze; beyond them lay the naked desert. Far up the street, in the other direction, lights gleamed and the noises of the city came faintly to him. Here was only starlight, the whispering of the palm leaves, and beyond that low wall, the dust of the road and the deserted huts thrusting their flat roofs against the low stars. Somewhere beyond the palm groves a drum began..."

Our tale this time is "Shadows in Zamboula," first published in 1935 in Weird Tales magazine. Howard's original title was "The Man-Eaters of Zamboula." With all of its cannibals, snakes, and less than clothed damsels it was the cover story of course. You can read the whole thing here for free if you wish.

This will be a quick story for you to read and this is probably our shortest episode ever!

Neal Adams helped to adapt this story for The Savage Sword of Conan. He's got a great style for the tale and drew the best scene with his usual aplomb.

Thanks to comic creator Victor Dandridge for his Ahnold impression to open the show, check out Victor's page or catch him at a comic convention this summer! Also, a shout out to author John Fultz for his kind voice mail. You too can have your voice broadcast across the pod-waves! Just leave us a message (859) 429-CROM! (that's 2766).

That's it for this time! Join us on the next exciting episode of The Cromcast as we clock in with King Conan for THE HOUR OF THE DRAGON!

Questions? Comments? Curses? Email us! (thecromcast at gmail dot com)
You know you want to follow us on Twitter!
Subscribe to our feed on FeedBurner! Or, check us out on iTunes!