Hile, travelers! We return for one more quick episode to round out this season of B&B. The material here was the immediate 'after talk' the group had when the module was completed. Where do we go from here? Listen to find out! 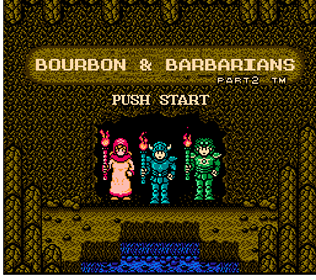 Our episode is freely available on archive.org and is licensed under Creative Commons: By Attribution 3.0. Otherwise, we have used "Vampire Killer" from the OG Castlevania game for NES. Music was obtained legally; we hope our discussion of this content makes you want to go out and purchase the work! "The Chamber" by Kevin MacLeod (incompetech.com) Likewise Licensed under Creative Commons: By Attribution 3.0 http://creativecommons.org/licenses/by/3.0/

Bourbon & Barbarians, Season 2 Episode 10: The End of the Delve

Hile, travelers! Here we are; at long last our party reaches the conclusion of their time at the Deathfrost. Who do they find? What hell is unleashed? Our episode is freely available on archive.org and is licensed under Creative Commons: By Attribution 3.0. Otherwise, we have used "Voyager" from the OG Castlevania game for NES and "Bloody Tears" from Castlevania II: Simon's Quest for NES. Music was obtained legally; we hope our discussion of this content makes you want to go out and purchase the work!  "The Chamber" by Kevin MacLeod (incompetech.com) Likewise Licensed under Creative Commons: By Attribution 3.0 http://creativecommons.org/licenses/by/3.0/

Season 8, Episode 3: Hawk of the Hills

The first word cloud includes the names "Willoughby" and "Gordon". The second excludes those words. "Men" is one of the primary words used in the story again, along with physical landscape terms like "cave" and "gorge". This time the word "castle" is one of the more frequent terms, as might be expected given the siege that takes place within the story. 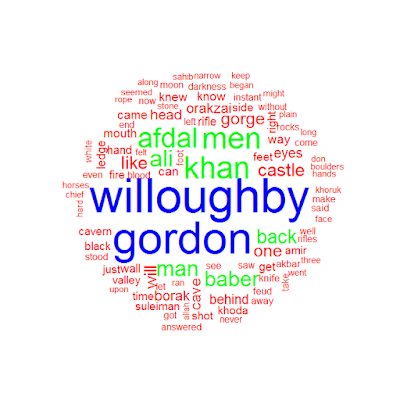 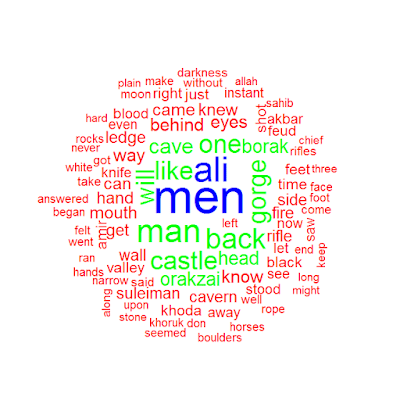 The 15 most frequent words in the tale are:

Jon: Our pal Benito Cereno's Tumblr! Learn about some Christmas folklore!
Josh: The final boss from Final Fantasy VI. This is the greatest boss fight in video games! The music! The art! The literary themes! If you haven't, play this game! You can get it on Steam, or for iOS or Android!
Luke: The module "Jungle Tomb of the Mummy Bride" from Planet X Games! It's an old-school, grindhouse module for D&D players level 5-7 that you should check out immediately!

Next time: We get acquainted with Harold Lamb and go on an adventure with the Ukranian Grandfather of Conan!

Email us! (thecromcast at gmail dot com)
You know you want to follow us on Twitter!
Did you know that we're on Facebook?
We're posting photos on the Instagrams!
Subscribe to our feed on FeedBurner!
Or, check us out on iTunes!
We're also on Stitcher Radio and Google Play!
Finally.... Call us! (859) 429-CROM!


Legal Mumbo-Jumbo
Our episode is freely available on archive.org and is licensed under Creative Commons: By Attribution 3.0. http://creativecommons.org/licenses/by/3.0/ Themes by Kevin MacLeod (incompetech.com) Licensed under Creative Commons: By Attribution 3.0. Hip-hop beats provided by Wu Tang Clan, namely "C.R.E.A.M.". All music was obtained legally; we hope our discussion of this content makes you want to go out and purchase the work!
Posted by thecromcast at 6:00 AM