Hile brave adventurers! Here we return with yet another episode of Bourbon and Barbarians, an actual play recording of The Cromcast getting into some old-school D&D!

The party braves an encounter with a potentially deadly foe, search several middens, raid a kobold pantry (our advice? Stay away from kobold pantries!), and make a new friend. 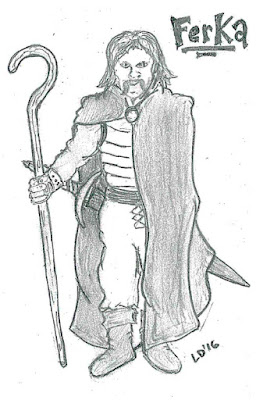 Season 4, Episode 16: Men of the Shadows

Welcome back, Cromrades! This week, we get back to basics with a Robert E. Howard story, "Men of the Shadows." However, we have a special guest to help us navigate this story and its implications for REH's literary world building: Howardian luminary Rusty Burke!


To say that Rusty is a Howard fan is an understatement, to say the least. From helping to establish Robert E. Howard Days in Cross Plains, TX to his numerous scholarly contributions as a researcher, Rusty has been instrumental in moving Howard studies forward. In this episode, Rusty discusses "Men in the Shadows" and places it in the context of Howard's larger literary canon, all the while letting us in on some of Howard's readings that helped shape the course of his writings. Here are a few of those primary sources, along with some notes provided by Rusty!


(A note about Robert E. Howard's Bookshelf: This list of books was compiled by Rusty, and was formerly hosted on the REHupa website. We haven't been able to find a copy online, though the page was archived by The Internet Archive's Way Back Machine. All pages are accessible, though you may find that you need to click through the archived copies to find certain pages. The most recent copy is from October 9, 2011. Here's the link.)


(Letter from Robert E. Howard to H.P. Lovecraft, ca January 1932): "Then when I was about twelve I spent a short time in New Orleans and found in a Canal Street library, a book detailing the pageant of British history, from prehistoric times up to – I believe – the Norman conquest. It was written for school-boys and told in an interesting and romantic style, probably with many historical inaccuracies. But there I first learned of the small dark people which first settled Britain, and they were referred to as Picts." (REH to HP Lovecraft, ca January 1932)

While Howard never identified the book, Rusty Burke believes it may have been this one:

There are many points in the book that seem to relate directly to Howard's descriptions and remarks about the Picts, including the illustrations here. 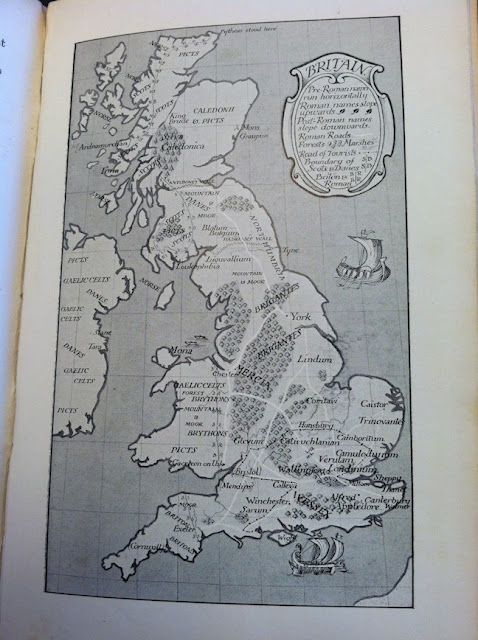 "I saw the name 'Picts' first on maps, and always the name lay outside the far-flung bounds of the Roman empire. This fact aroused my intense interest – it was so signifigant of itself. The mere fact suggested terrific wars – savage attacks and ferocious resistance – valor and heroism and ferocity." (REH to HP Lovecraft, 2 March 1932) 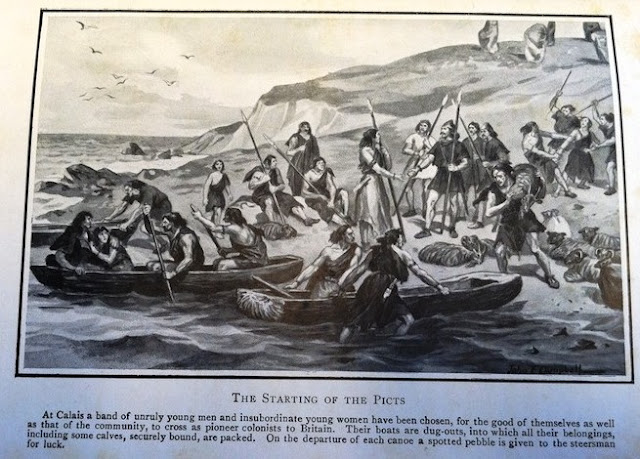 "There did the tribe abide for centuries, and grew strong and mighty, and from thence did they spread all over the world.  From the Afric deserts to the Baltic forests, from the Nile to the peaks of Alba they ranged, growing their grain, grazing their cattle, weaving their cloth.  They built their crannogs in the Alpen lakes; they reared their temples of stone upon the plains of Britain.  They drove the Atlanteans before them, and they smote the red-haired reindeer men." (Men of the Shadows) 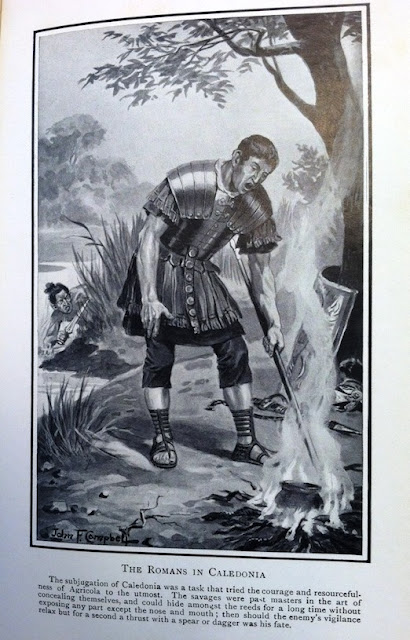 "We scanned the lake.  No boats rippled its surface.  No foe showed among the scant reeds near its bank.  We turned, gazing across the heather.  And without a sound the Roman crumpled and fell forward, a short spear standing between his shoulders." (Men of the Shadows)


This book was a very important source for many of the concepts in "Men of the Shadows." It was included in the Howard library donated to Howard Payne College. (See Robert E. Howard's Bookshelf)

"'Does the frog represent the creative, the egg the passive, and the serpent the destructive power of nature?' Not a few writers, though not acquainted with the presence of the frog-shaped figure, have been struck with the combination of the egg and the serpent, that plays such an important part in the mythology of the Old World. We are told that the serpent, separate or in combination with the circle, egg, or globe, has been a predominant symbol among many primitive nations." (page 353)


Wells' discussions of prehistory seem to have found their way into "Men of the Shadows" and Howard's stories of prehistoric man. This book was included in the Howard library donated to Howard Payne College. (See Robert E. Howard's Bookshelf)

"When the wild horse and the reindeer diminished in Europe, and a newer type of human culture, with a greater power over food supply, a greater tenacity of settlement, and probably a larger social organization, arose, the Reindeer men had to learn fresh ways of living or disappear. How far they learnt and mingled their strain with the new European populations, and how far they went under we cannot yet guess. ... Whether the Cro-Magnon type of men mingled completely with the Neolithic peoples, or whether they remained distinct and held their own in favourable localities to the north and west, following the reindeer over Siberia and towards America... or whether they disappeared altogether from the world, is a matter that can be only speculated about at present.... There is little to prevent our believing that they survived without much inter-mixture for a long time in north Asia, that 'pockets' of them remained here and there in Europe, that there is a streak of their blood in most European peoples to-day, and that there is a much stronger streak, if not a predominant strain, in the Mongolian and American races." (pages 98-99)

Theosophical concepts appear in Howard's work and letters, but not in such detail as to convince us he had actually read the work of Helena Blavatsky or others. He was a fan of the Little Blue Books, pocket-sized paper books spanning a wide range of subjects, published by E. Haldeman-Julius in Kansas. It's possible that concepts such as "root races" came from this Little Blue Book.

We hope this episode sheds some more light on Howard's world building and how Conan, Kull, and Bran's worlds are actually one and the same - and one that they share with us!

Thanks so much to Rusty Burke for joining us for this conversation! Come back, any time!

Next time - Crossover! It's "Kings of the Night"!

Bourbon & Barbarians Episode 7: "There's Some Weird Shit Out There!"


Hile brave adventurers! Here we return with yet another episode of Bourbon and Barbarians, an actual play recording of The Cromcast getting into some old-school D&D!

After the epic(?) encounter with the kobolds, the party is forced to return to town to purchase provisions and rest. Will there be a surprise waiting for them upon returning to the cave? 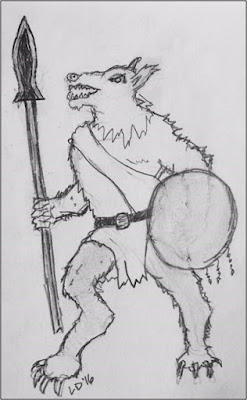 Greetings, Cromrades! This week we discuss the 1965 film version of H. Rider Haggard's She. There are many versions of this story, from the original text, to various film interpretations. We tackled the version by Hammer Film Productions, but briefly discuss the earlier RKO production as well. 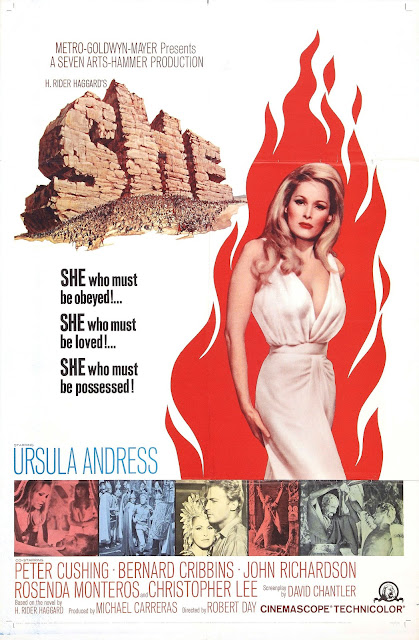 Next Time
We get back into some Robert E. Howard, tackling the first of the Bran Mak Morn cycle, namely Men of the Shadows! See you further down The Lost Road!

Questions? Comments? Curses?
Email us! (thecromcast at gmail dot com) You know you want to follow us on Twitter! Subscribe to our feed on FeedBurner! Or, check us out on iTunes! Finally.... Call us! (859) 429-CROM!

Legal Mumbo-Jumbo
Our episode is freely available on archive.org and is licensed under Creative Commons: By Attribution 3.0. http://creativecommons.org/licenses/by/3.0/ Beginning theme: Sudden Defeat by Kevin MacLeod (incompetech.com) Licensed under Creative Commons: By Attribution 3.0. Closing theme: One Woman as performed by Isaac Hayes on his classic album, Hot Buttered Soul. All music was obtained legally; we hope our discussion of this content makes you want to go out and purchase the work!


Hile brave adventurers! Here we return with yet another episode of Bourbon and Barbarians, an actual play recording of The Cromcast getting into some old-school D&D! 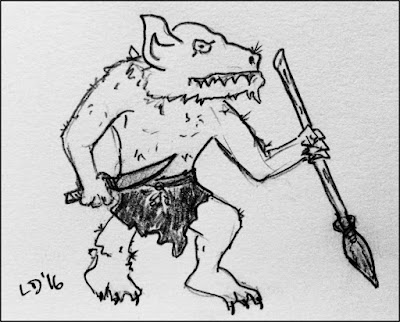