Welcome back, Cromrades! This week we have a special episode, the Violet Crown Radio Players adaptation of Howard's Waterfront Fists! 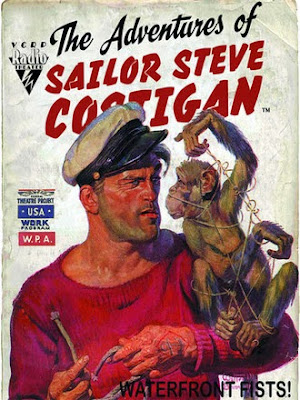 By way of an explanation, this is a re-release of an recording provided to us by long-time friend of the show, Mark Finn! Besides Finn's scholarship and role as an editor for Skelos Magazine, Mark served as the creative director of the Violet Crown Radio Players from 2002-07. Unfortunately this group is defunct, but if you want to read more about them, check out their blog here. During the group's hey-day, however, Mark adapted Howard's classic "Sailor Steve Costigan" story, Waterfront Fists. Mark approached us about sharing the troupe's recording of that adaptation here on the Cromcast, and of course we jumped at the chance to showcase the performance!

Waterfront Fists was first published by Howard back in September of 1930 in Fight Stories (cover below). This story happens to be in the public domain like the Conan stories we've been reading and discussing, so if you're looking to read the original text, check it out here on Project Gutenberg! 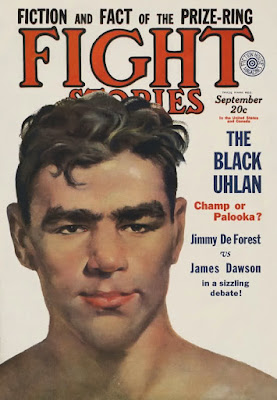 Legal Mumbo-Jumbo
Our episode is freely available on archive.org and is licensed under Creative Commons: By Attribution 3.0. http://creativecommons.org/licenses/by/3.0/ The beginning tune is Moon Mullican's "Pipeliner Blues." The audio drama is Robert E. Howard's Waterfront Fists, as adapted by Mark Finn and performed by the Violet Crown Radio Players.
Posted by thecromcast at 8:13 AM

Well met, brave adventurers! We have returned with yet another episode of Bourbon and Barbarians, an actual play recording of The Cromcast wherein we play some old-school D&D! In this episode, our adventurers return to the Keep, triumphant! But the storms that waged during the day carry into the night...
Our episode is freely available on archive.org and is licensed under Creative Commons: By Attribution 3.0. "Black Vortex" by Kevin MacLeod (incompetech.com) Likewise Licensed under Creative Commons: By Attribution 3.0 http://creativecommons.org/licenses/by/3.0/